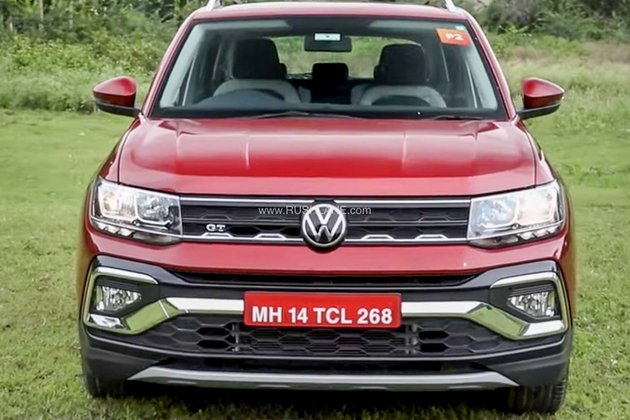 The very first launch of Volkswagen under the new India 2.0 program is the Taigun SUV. It has been developed on the same MQB A0 IN platform as the Skoda Kushaq. It is specially designed for buyers in India and comes in with upto 95 percent localization. Volkswagen aims to become the most premium aspirational car brand in India.

Prices of Taigun are similar to Kushaq. It is also offered in similar number of variants. Taigun base variant is priced from Rs 10.5 lakh while top of the line GT Plus DSG variant is priced at Rs 17.5 lakh. All prices are ex-sh.

Volkswagen Taigun was first showcased at the 2020 Auto Expo. The production version is built on the company's new design language with striking exterior designs and premium interiors along with a rage of safety equipment. It seen with a signature front grille with chrome accents, sleek headlamps, LED fog lamps and a chrome strip across the bumper.

Where engine specifications are concerned, the new Volkswagen Taigun will receive two engine options. The 1.0 liter TSI engine will offer 115 hp power and 178 Nm torque mated to a manual gearbox and 6 speed automatic while the 1.5 liter TSI that will generate 150 hp power and 250 Nm torque gets a 6 speed manual and 7 speed DSG. Taigun SUV does not get a diesel engine.

The five-seater, five door Taigun is on offer across the company's 130 touch points at the time of launch and will be expanded to 150 dealerships by the end of this year. VW plant has production capacity of 1,80,000 units per annum on a 3 shift basis. As on date, the company is operating on a 2 shift basis.

Launch of the VW Taigun is a part of the company's Rs 8,000 crore investment committed for the Indian market with which it expects to increase its market share to 3 percent in the near future. VW Taigun will take on the Kia Seltos, Hyundai Creta, in the compact SUV segment.

Volkswagen Passenger Cars India said, "The Taigun is a bold, dynamic and German engineered SUVW that perfectly matches the requirements of an Indian customer. A thoroughbred Volkswagen, the Taigun retains the German engineering prowess, while achieving a localization level of up to 95 percent. The Taigun has been designed to meet the needs of the discerning Indian customer and will be a competitive product offering."