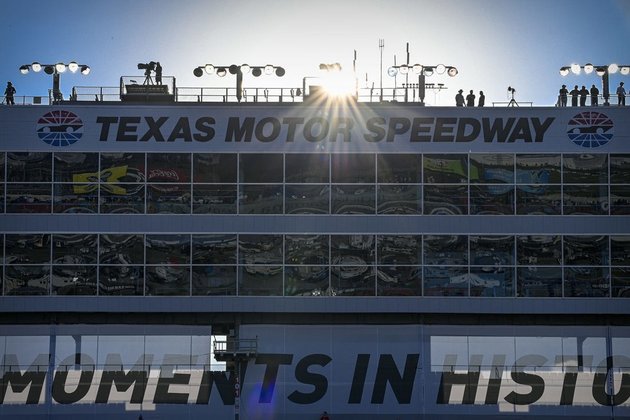 The NASCAR Cup Series playoffs have reached the Round of 12, with the remaining drivers separated by a scant 34 points.

That's in large part because non-playoff drivers have won each of the first three playoff races.

The Round of 12 begins Sunday with the AutoTrader EchoPark Automotive 500 atTexas Motor Speedway, with a victory automatically advancing a playoff driver to the Round of 8.

One of only three playoff drivers who have won a previous playoff race in Texas, Hamlin accomplished the feat in 2010. It is one of three career victories at the track. After an inconsistent regular season, Hamlin has two runner-up finishes (at Darlington and Kansas) and a ninth-place showing at Bristol, Tenn., last week to start the playoffs.

Bell's career-best year has included three poles, 10 top-5s, 17 top-10s, 417 laps led and four stage wins so far. He was the first driver to secure a Round of 12 spot and has a pair of third-place finishes among three previous points races at Texas.

Larson is only 21 points behind his teammate Elliott as he attempts to repeat his championship run from 2021. He led 256 of 334 laps from the pole to win at Texas in last year's playoffs -- the first of three consecutive playoff victories. The most recent of Larson's two wins this season came on a road course at Watkins Glen, N.Y., five races ago.

He regained the points lead with a second at Bristol. Elliott's best career finish at Texas is a fourth but he did rally for seventh last year after starting from the rear due to inspection failures.

Busch is a threat this week despite being eliminated from title contention and swapping pit crews with his teammate Hamlin. He is the winningest active driver at Texas with four victories -- including the 2020 playoff race -- and has six top-10s in his past seven starts at the track.

Blaney won the All-Star race in Texas in May but is still seeking his first points-paying trophy of the season. He has managed to stay in the title hunt despite not winning races and has six top-8 finishes in his past eight races at Texas.

Logano carries longer odds despite being second in the standings and having won at Texas in 2014. He also has three top-10s in his past four races at the track.

He's out of the drivers championship but is still eligible for the owners championship. However, Wallace has struggled at Texas, where he has a lone top-10 in seven starts.

(Information from NASCAR Wire Service contributed to this story)