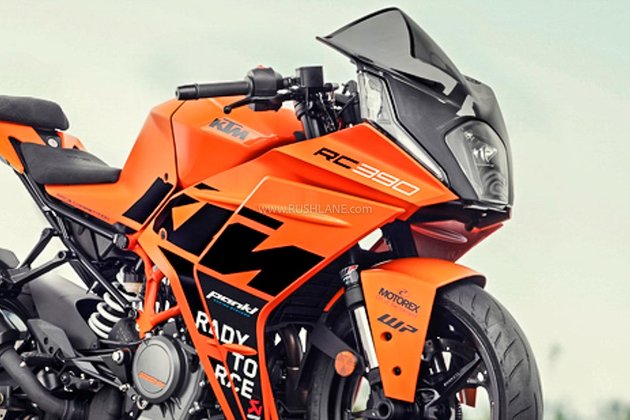 Earlier this month, KTM had announced new colours for the entire Duke range in India. In case of KTM RC 390, two new colour options were introduced for the 2022 model, earlier this year in May. Existing colour options for RC 390 are Factory Racing Blue and Electronic Orange. RC 200 has colour options of Ebony Black and Metallic Silver.

MotoGP editions of RC 200 and 390 will borrow their livery from KTM RC16 that had made its debut in 2017. The MotoGP shades creates an exciting theme that's a real treat for the eyes. It also resonates with the sense of power and performance associated with both these brands.

Sumeet Narang, President (Probiking), Bajaj Auto Ltd.: "The fully faired KTM RC motorcycles have a strong and growing contribution to the KTM portfolio. The next-gen KTM RC range has brought in younger and performance focused customers, helping us strengthen our position in the premium performance motorcycle segment. The special GP edition launched today complements the aggressive performance bias of the motorcycle with a livery that showcases its racing genes."

Other MotoGP editions to consider