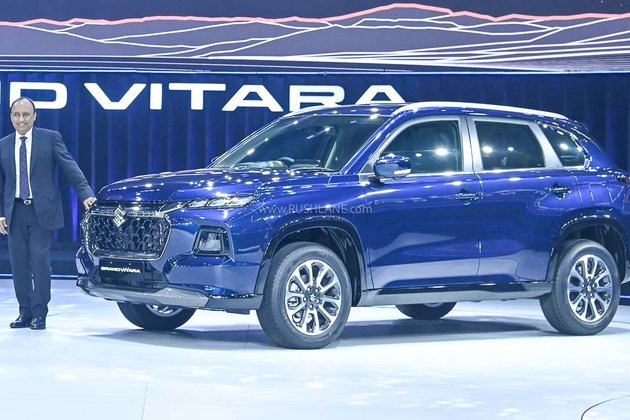 Maruti Suzuki Grand Vitara SUV has been launched in India. Bookings had been opened back in July at Rs 11,000 and the company claims to have already received over 50,000 bookings even before prices were announced. Deliveries are set to commence in the coming days during the Navratri festivities

Maruti Suzuki Grand Vitara shares platform and engine options with the Toyota Urban Cruiser Hyryder. It is being produced at Toyota's Bidadi plant in Karnataka.

Prices of the new Maruti Grand Vitara start from Rs 10.45 lakh and go all the way to Rs 19.65 lakh. These are introductory, ex-sh prices. Maruti is also offering Grand Vitara via leasing option, with monthly subscription fee starting from Rs 27,000.

The Grand Vitara Intelligent Electric Hybrid variants come with an inclusive special introductory package consisting of extended warranty till 5 years / 1 lakh km and a PRISTINE Genuine NEXA Accessory pack worth over Rs. 67,000. With the Grand Vitara, flagship SUV to enter a segment wherein it will compete with the Hyundai Creta, Kia Seltos, MG Astor, VW Taigun and Skoda Kushaq.

Positioned on Suzuki's Global C platform, the Grand Vitara sports a more aggressive stance over the Hyryder. It gets a sharp nose, wider grille with chrome strips, a host of chrome accents across its body and differently designed 17 inch dual tone alloy wheels. In terms of dimensions, the Grand Vitara measures the same as the Hyryder standing 4,345 mm in length, 1,795 mm in width and 1,645 mm in height with a wheelbase of 2,600 mm.

The 1.5 liter, 3 cylinder Atkinson Cycle TNGA petrol engine is sourced from Toyota. This engine offers 92 hp power at 5,500 rpm and 122 Nm torque at 4,400 rpm this when coupled with an AC synchronous motor offers 79 hp and 141 Nm with a combined power output of 115 hp. It is mated exclusively to a 6 speed CVT and claims fuel efficiency of 28 km/l. Retailed via the company's exclusive NEXA showrooms in India, considering the bookings received, waiting periods for some variants of the Grand Vitara are set to extend to over 5 months.