Assam-Meghalaya border violence: Congress calls it "deliberate incident", says both CMs were aware of it 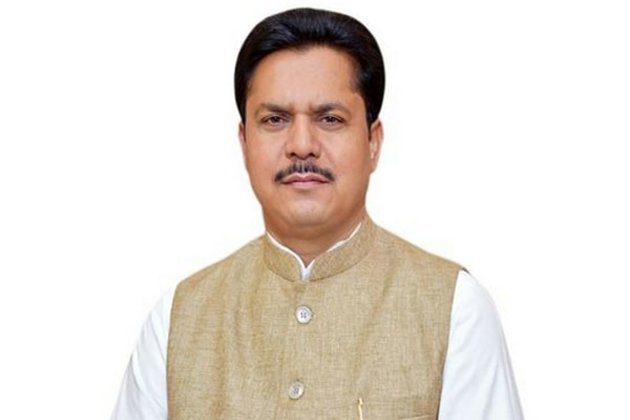 Guwahati (Assam) [India], November 23 (ANI): A day after the violence at the Assam-Meghalaya border, Assam Congress has alleged that this was a "deliberate incident" and both Chief Ministers of Assam and Meghalaya were aware of it.

The firing incident happened on Tuesday where six persons including five from Meghalaya and one Assam Forest Guard were killed.

Bhupen Kumar Borah, President of the Assam Pradesh Congress Committee (APCC) told ANI that, the Chief Ministers of both neighbouring states were aware of the incident.

"Earlier similar incident happened along Assam-Mizoram border where six Assam police personnel died and now it happened along Assam-Meghalaya border. The Assam Chief Minister is only focussed on politics, but he doesn't take the necessary steps to solve the inter-state border dispute issue. He just wants to be the convenor of NEDA. The Mizoram, and Meghalaya governments don't want to be part of BJP. But the Assam Chief Minister is ready to do any compromise. Yesterday one Assam Forest staff died in the incident, but the Assam government has not taken any steps to recover the body so far. But the Meghalaya Chief Minister took away the arrested persons by threatening the Assam police."He further slammed the Assam government and said that not a single cabinet minister of Assam visited the site to take stock of the situation.

"The Assam Chief Minister only knows to do politics. Only to secure his chair, he is sacrificing the state boundary. As long as Himanta Biswa Sarma is the Chief Minister of Assam, our boundary and people will not be safe, tension has increased, and will increase. This is not only happened along the Assam-Meghalaya border, it happens along the Assam-Mizoram border, Assam-Nagaland, Assam-Arunachal Pradesh border also," said Borah.

The Congress leader said that the entire Northeast used to consider Assam as the elder sister during the Congress regime, but now the situation has changed.

"The Assam Chief Minister is not responsible and not committed to the people of the state," he added.

Six persons including five from Meghalaya and one Assam Forest Guard were killed in the firing incident that took place at the Mukroh area in Meghalaya's West Jaintia Hills district on Tuesday.

Meghalaya Chief Minister Conrad Sangma said that a Cabinet delegation of the Meghalaya government will meet Union Home Minister Amit Shah on November 24 and will officially apprise him about the firing incident in Mukroh and demand for an investigation to be made through a central agency either National Investigation Agency (NIA) or Central Bureau of Investigation (CBI).

The delegation will demand a CBI or NIA probe into the incident.

"We will meet the National Human Rights Commission and we will submit our report to the National Human Rights Commission as well. An SIT will be constituted to investigate into the case as the FIR is lodged and the DIG of the Eastern Range, Meghalaya will be heading it. While we appeal to the centre for a central agency to take over the investigation, the SIT will start conducting the investigation. When the appeal is approved by the Government of India, the investigation will be handed to them. A Judicial Commission under the Commissions of Enquiry Act 1952 will be constituted to look into the incident," Conrad Sangma said.

In a statement, the Assam government said that all personnel of the police force and forest force involved in the incident will be closed to their respective reserves.

Assam Government also decided to provide Rs 5 lakh with each to the next of kin of the 6 persons killed in the firing incident in West Jaintia hills, said Assam Government.

"We have ordered a judicial investigation and have referred the matter to CBI. SP has been transferred and local police and forest officials have been placed under suspension," said Assam CM HB Sarma on the West Jaintia Hills firing incident. (ANI)