RV tours have become increasingly popular in China in recent years. The country launched the new C6 driving license in April, which made more drivers eligible to handle certain types of RVs. By early October, Chinese authorities had issued 346,000 such licenses, with the RV tourism market embracing more development opportunities.

Governmental authorities, enterprises, and businessmen in China are looking for new ways to stimulate the country's booming tourism industry, and RV tourism is one possibility.

The 2022 China Tourism Summit Forum that was held on Nov. 20 in Zhangjiajie saw industry insiders share their opinions on high-quality tourism development and the recovery of the tourism industry amid the prevention and control of the COVID-19 epidemic.

Duan Qiang, president of the China Tourism Association, said in his video speech that the epidemic has increased the uncertainty surrounding tourism development, but the huge demand of consumers for tourism has not changed, and the vitality and strong resilience of culture and tourism industry still exist.

Dai Bin, dean of the China Tourism Academy, said that amid the epidemic, people's needs for urban leisure and rural tourism should be regarded as new innovation growth points.

According to the Hunan Provincial Department of Culture and Tourism, over the past decade, Hunan's tourism revenue has increased by 19.3 percent annually on average. In the first three quarters of this year, the province saw 316 million tourist trips, up 2.99 percent year on year.

The epidemic has slowed down the development of tourism in Zhangjiajie as well as the rest of the country, but many involved in the industry still hold confidence for their future.

"We are also constantly improving related supporting facilities of our homestay and participating in various training," said Wu Guosheng, a homestay owner in Zhangjiajie.

Shu Xinggang, deputy Party secretary of Zhangjiajie, said that amid the epidemic prevention and control, the government should accelerate the development of new tourism products and models such as wildlife exploration, health care and research tours, and promote the integration and development of information technology and tourism industry.

Besides driving RVs, camping, cloud museum tours and other forms of tourism have also gained popularity among people.

The Ministry of Culture and Tourism and other 13 departments have recently released a guideline on fostering the orderly development of camping tourism, highlighting the construction of public campsites and enhancing service quality.

The guideline calls for the vigorous development of various types of camping sites such as self-driving caravan campsites, tent campsites, and youth camps to meet diversified camping needs.

"Without driving far, we can enjoy leisure in the suburban areas by camping, and it is a new experience for our family," said Hu Mingqi, a resident of the northeastern coastal city of Panjin. 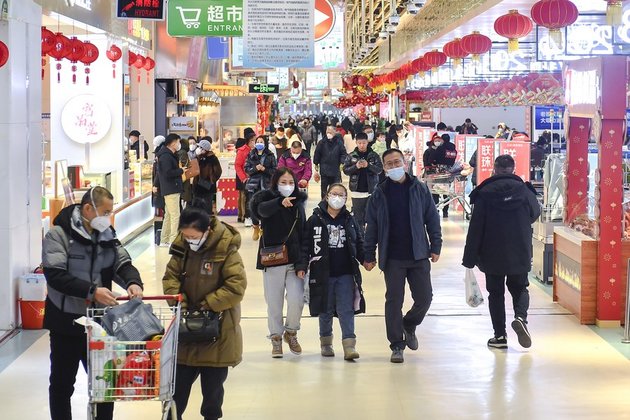